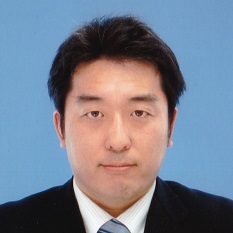 Michio Yuda has been serving as an associate professor at Graduate School of Economics and Management, Tohoku University since 2018, after serving as at Chukyo University from 2007, and a research fellow of the Japan Society for Promotion of Science (DC2) at Hitotsubashi University from 2005. He was also a visiting researcher at the Institute of Gerontology, the University of Tokyo from 2009 to 2017 and RAND Corporation in 2013. He graduated from Yokohama National University in 2002 with a BA in Economics and obtained a MA and a Ph.D in Economics from Hitotsubashi University in 2004 and 2007. His research interest is empirical economic analyses on health, health care, long-term care, and social security systems. His publications include Japanese books titled Public Economics Studies V, Keiso Shobo, 2012, Economic Analysis of Health Policy: Evidence and Suggestions from Social Insurance Claims Data, the University of Tokyo Press [the 60th Nikkei Economic Book Award], 2016, and Economic Analysis of the Public Finance of the Japanese National Health Insurance, Keiso Shobo, 2018.