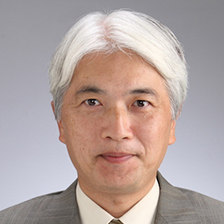 Shinji Yamashige graduated from the Department of Economics at Hitotsubashi University in 1985 and from Johns Hopkins University in 1992 （Ph. D. in Economics）. He served as an assistant professor at the Department of Economics, the University of Toronto, from 1992 to 1996. He has been serving at Hitotsubashi University since 1996. He specializes in public economics and has been analyzing public policies and institutions from the viewpoints of efficiency and equity. His research topics include public policies for population ageing, declining fertility, social capital, infrastructure, health and medicine. His book Economic Analysis of Families and Society: The Transformation of Japanese Society and Public Policies, University of Tokyo Press, 2013 （in Japanese） won the Nikkei Prize for Excellent Books in Economic Science in 2013.

Detailed profile (HRI: Hitotsubashi Researchers Information)
< back to the list