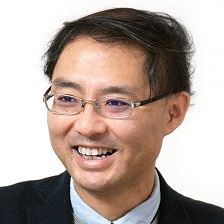 Motohiro SATO has been serving as a professor at the Graduate School of Economics, Hitotsubashi University since 2009, after serving as an assistant professor from 1999 and an associate professor from 2002 at Hitotsubashi University. He is also a professor of the School of International and Public Policy, Hitotsubashi University. He graduated from Hitotsubashi University in 1992 with a BA and an MA in Economics and obtained a Ph. D. in Economics from Queen’s University, Canada, in 1998. His areas of expertise are public finance, especially local public finance. In the field of health economics, he is studying dispensations of healthcare insurance systems and its theory and has been making policy recommendations based on this research. His publications include books that have been awarded prizes, such as Economics of Local Grant Tax, Yuhikaku Publishing Co., Ltd., 2004 （in Japanese） awarded the 47th Nikkei Prize for Excellent Books in Economic Science and Reformation of Local Tax, Nikkei Inc., 2011 （in Japanese） awarded the 52nd Mainichi Economist Prize in 2011.